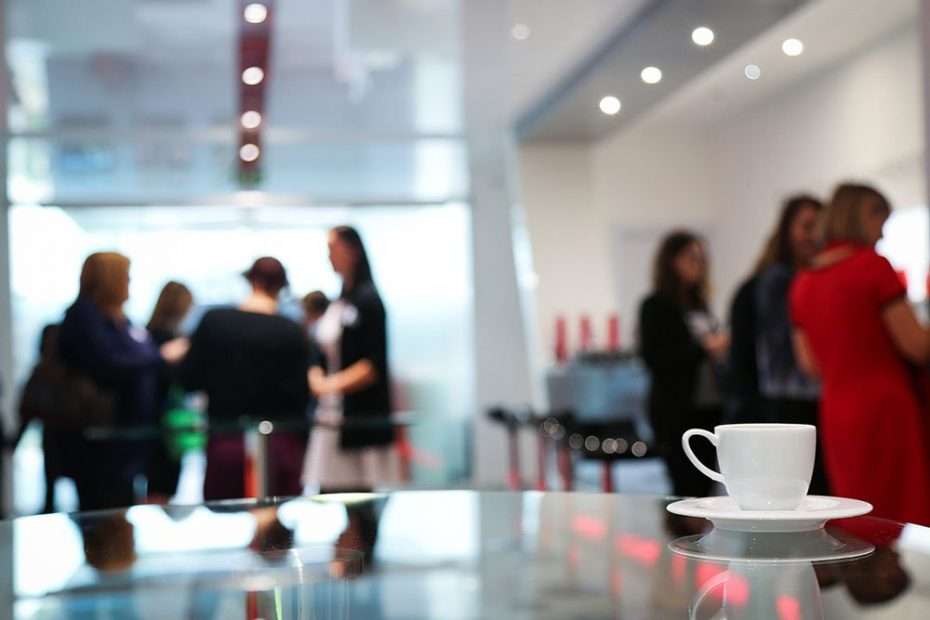 Communication consists of far more than speaking and writing. Most of us are unaware that we communicate in many different ways even when we are not speaking. This communication is so for both humans and other social animal species. Our formal education rarely teaches us anything about this mostly non-verbal form of human communication, even though it is essential for effective interaction with others. As we grow up, we learn in various informal ways how to use gestures, glances, slight changes in tone of voice, and other auxiliary communication devices to nuance or emphasise what we say and do.  We learn these highly culture-bound techniques over many years, mainly by observing others and imitating them, usually unconsciously.

Linguists refer to all of these auxiliary communication methods as paralanguage. Paralanguage is part of a sort of built-in redundancy in human communication that helps prevent misunderstanding at various levels. Paralanguage can avoid the wrong message from inadvertently being passed on, as often happens with a telephone call or (to an even greater extent) in a letter or email. The paralinguistic messages we can observe through face-to-face contact also make it more difficult for people to hide emotions or lie to us. Paralanguage is often more critical to the communication than the words being used. It has been suggested that as much as seventy percent of what we communicate when talking directly with others is conveyed through paralanguage.

The most apparent form of paralanguage is body language or kinesics: the language of gestures, expressions, and postures. In the Western world, for instance, we commonly use our arms and hands to say goodbye, point, count, express excitement, beckon, warn away, threaten, insult etc. In fact, we learn many subtle variations of these gestures and put them to use situationally. Our head and shoulders in combination may shrug to indicate that we do not know something, or don’t care.

While the meaning of some gestures, such as a smile, maybe the same throughout the world, the purpose of others may vary vastly from culture to culture.  For example, spitting on another person is a sign of utmost contempt in Europe and North America, but can be an affectionate blessing if done in a certain way among the Masai of Kenya.

Character and Tone of Voice

The meaning of speech can also be altered significantly by sound and characteristics of voice. In English, the simple sentence ” I am here” can have very different connotations depending on whether it is spoken with a voice that is high, low, quick or slow – or many other ways. Similarly, the sentence “Are you here?” has a different meaning if it was spoken in a rising tone in contrast to a descending one.

When we speak to another individual or a group, the physical distance between us and those to whom we are talking also communicates a message. Proxemics is the study of culturally defined uses of space, including such things as “personal space” between speakers. Most of us only become aware of the importance of space when we are confronted by someone who uses space in communication differently. For instance, we all have a sense of our comfortable interaction distances from a person to whom we are speaking. If that person gets closer than the distance at which we are comfortable, we will usually automatically move away, re-establishing our comfort zone. Similarly, if we feel that we are too far away from a person to whom we are talking, we will close the distance between us. If two speakers have different comfortable interaction distances, a ballet of shifting positions usually occurs until one of the individuals is backed into a corner and feels threatened by what may be perceived as hostile overtures. As a result, verbal messages may not be heard or understood as they were intended. This can result in misunderstandings and awkward situations for people out of their usual cultural contexts. In Latin America, for example, the ideal interaction distance for personal conversation is often significantly closer than among non-Hispanics in the U.S. and Canada.

Comfort in interaction distance has mostly to do with the distance between faces that are looking directly at each other. Most people do not have the same apprehensions about physical closeness if eye contact is not involved. In a crowd or an elevator, people usually choose not to look at each other to avoid feeling uncomfortably close.

The nature of the message being communicated also affects interaction distances. Average comfortable distances Among North Americans are shown in the following table:

Whispering and shouting get attention more quickly than speaking in a normal tone. Children learn this important fact at a very early age.

In addition to defining comfortable interaction distances, culture tells us when and how it is acceptable to touch other individuals. In North America, the culture discourages touching between adults except in moments of intimacy or formal greeting (handshaking or hugging). This informal rule is most rigidly applied to men. If they hold hands or kiss in public, they run the risk of being labelled and subsequently marginalised socially. Similar culturally defined patterns of physical contact avoidance are found in most of the cultures of Asia and Northern Europe. In Southern Europe, the Middle East, and Latin America, much more physical contact is often expected and desired.

Cultural Use of Time

Culture tells us how to manipulate time to communicate different messages. When people appear for a scheduled appointment varies with the custom of their place, their social situation, and their relative status. In North America, if you have a scheduled business meeting, the time at which you are expected to arrive depends mainly on the power relationship between you and the person you are meeting. People who are lower in status are expected to come on time, if not early. Higher-status individuals can hope that others will wait for them if they are late. For instance, most people who have medical appointments are expected to arrive early and to wait patiently for their doctor to see them, rather than the other way around. An invitation to a party is an entirely different matter. It is often expected that most guests will arrive “fashionably late.” It takes a North American child at least 12 years to master these subtle cultural aspects of time. By the age of five or six, North American children usually know only the days of the week, and the differences between day and night, morning and afternoon, meal and nap time. By seven or eight years of age, most can consistently use a clock to tell time. However, it is not until about 12 years of age or older that they begin to understand the situational aspects of time, such as when to arrive at a party.

When people with very different cultural expectations about time come together, there is a potential for misunderstanding, frustration, and hurt feelings. This could occur, for instance, if a Brazilian businessman does not arrive “on time” for a meeting with a potential North American customer in New York and fails to give an apology when he arrives. For the Brazilian, time may be relatively elastic regarding scheduling, and the pace of life, in general, a bit slower. He may believe that he was sufficiently prompt for the business meeting, having arrived within a half hour of the scheduled appointment. It is not surprising that he may be astonished and offended when he is treated coldly by the North American, who also feels slighted by what he perceives as rudeness. Compounding the situation is likely to be differences in their comfortable physical interaction distances. This unfortunate scenario can be avoided, of course, by foreknowledge of the other culture and a willingness to adopt a cultural relativity approach. The old saying “when in Rome, do as the Romans do” is still good advice.

Throughout the world, clothing has multiple functions.  It is used to protect from the elements. It also is worn for modesty, usually to prevent others from seeing specific parts of the body. However, the parts of the body that must be covered vary widely throughout the world. Some accessories or clothing items are also worn to provide divine protection; wearing a Christian cross or a St. Christopher medal is thought by some to have just this effect. Wearing a lucky shirt to take an exam is also a way of relying on supernatural assistance.

People in all cultures use clothing and other forms of bodily adornment to communicate status, intentions, and other messages. In North America, we dress differently for business and various recreational activities. Likewise, there are styles of clothing that are worn to attract others sexually. Ways of dressing can convey great subtlety, especially in women’s clothing. Dress can communicate that a woman wants to be considered sexually neutral, or may be meant to be seductive, innocent but alluring, etc. Women in the western world are usually much more knowledgeable of and concerned with subtle nuances in messages communicated by clothes than are men. At times, this leads to awkward or outright wrong errors of interpretation of female intentions on the part of men. Of course, clothing styles also are intended to communicate messages to members of the same gender.

Long before we are physically near enough to talk to people, their appearance can announce their gender, age, economic class, and often even intentions. We begin to recognise the important cultural clues for this at an early age. The vocabulary of dress that we learn includes not only items of clothing but also hairstyles, jewellery, makeup, and other body adornments such as tattoos. In most cultures, however, the same style of dress may communicate different messages, depending on the age, gender, and physical appearance of the individual wearing it.

Putting on certain types of clothing can change your behaviour and the behaviour of others towards you. This can be the case with a military uniform, a doctor’s white lab coat, or a clown’s costume. For instance, it is likely that the Spanish policemen in the photo are more assertive and aggressive when they wear their uniforms. Likewise, others are more likely to listen to and follow their directions.

When travelling in other societies, it is essential for us to understand that there are likely to be significant gender differences in paralanguage in addition to distinctions in clothes and adornment. In North America, for instance, men prefer face-to-face conversations and maintain direct eye contact longer than do women. In contrast, women often converse standing side by side but stand physically closer together than is typical of men. Male handshakes tend to be firmer than those of females. North American women are usually more restrained in their use of bold gestures, but use more facial expressions (especially smiles) and are more skilled in interpreting them.

In Japan, women often speak with an artificially high pitch, especially when conversing with men in a business or official setting. This is part of the general deference traditionally shown to men in Japanese society. However, recent research indicates that the pitch of female voices in Japanese settings has begun to lower, possibly connected with the increased influence of Japanese women in government and business.

The human communication process is involved. Many, if not most, of our messages in face-to-face contact, are transmitted through paralanguage. The auxiliary communication techniques that makeup paralanguage are highly culture-bound. Communication with people from other societies is fraught with the danger of misunderstanding if their cultural contexts and paralanguage are unknown or ignored.